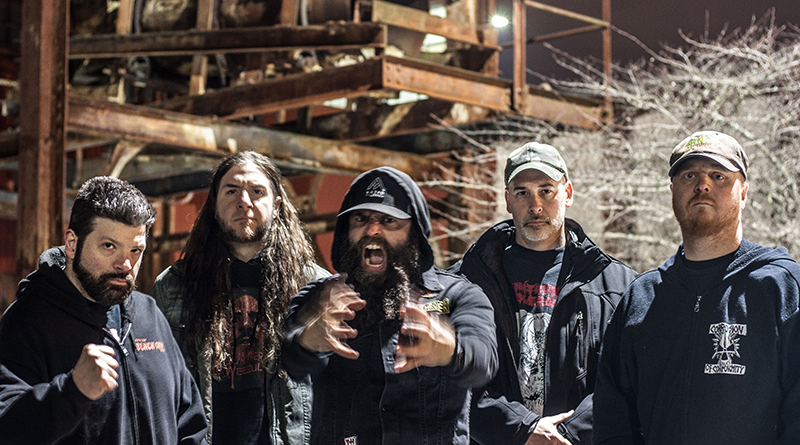 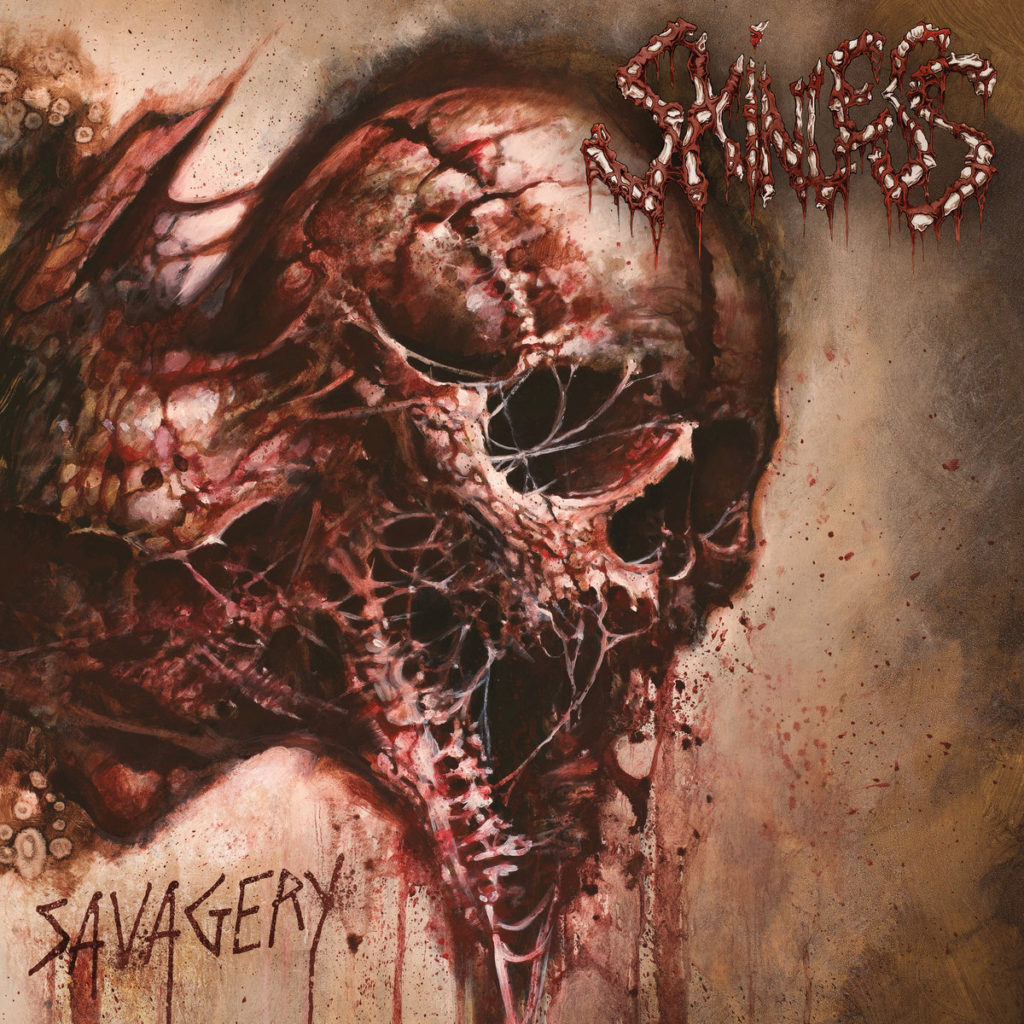 US death metal veterans SKINLESS have announced three East Coast live dates in support of their Savagery full-length. The weekend tour runs from June 7th through June 9th and features support from Ringworm, Churchburn, and Outer Heaven. Additionally, SKINLESS will perform at California Deathfest and Quebec Deathfest in October.

Savagery is due out May 11th on CD, LP, and digital formats via Relapse Records.

The beast called SKINLESS was brought forth in 1992 by guitarist Noah Carpenter with one goal: to be the heaviest band around. SKINLESS plays brutal death metal with crushing, infectious groove, influenced by pioneers such as Obituary, Suffocation, Broken Hope, Deicide, and Cannibal Corpse. After a variety of personnel changes and the release of two demos, SKINLESS established a solid, dedicated lineup in 1997: Noah Carpenter on guitar, Sherwood Webber on vocals, bassist Joe Keyser, and Bob Beaulac on drums. This version of the band would later become known as the band’s classic lineup. 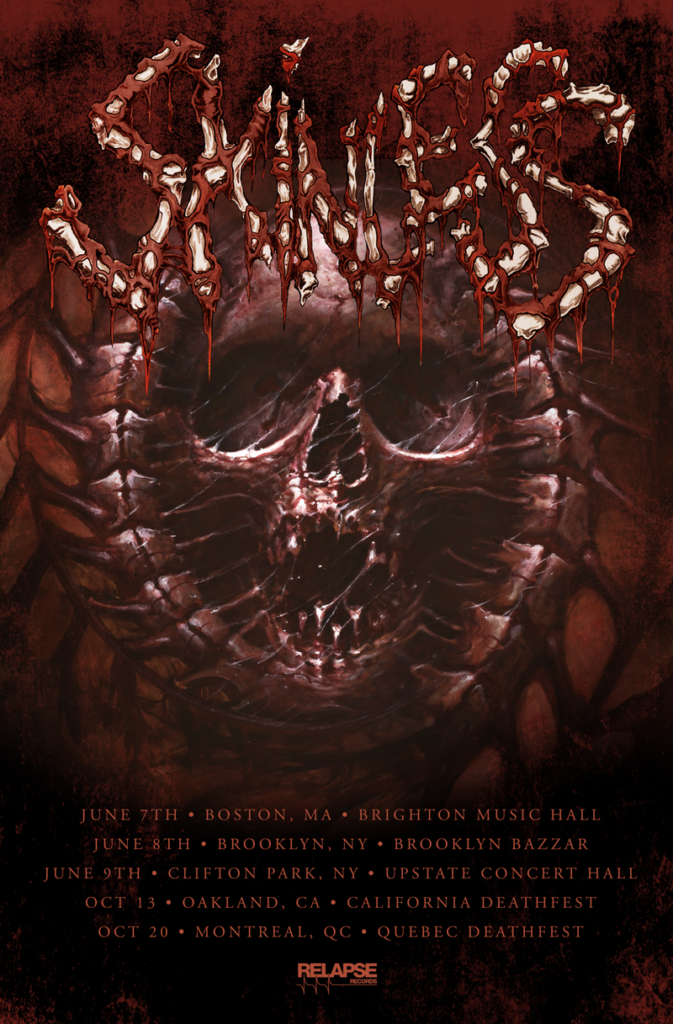 In 1998, SKINLESS released their full-length debut Progression Towards Evil, which stunned the underground, showcasing the energy that the band had become known for via its intense live performances. An independent release, Progression Towards Evil received frenzied acclaim the world over and saw remarkable sales. A deal with Relapse Records ensued, and three more bludgeoning platters of death metal were served up between 2001 and 2006: Foreshadowing Our Demise, From Sacrifice To Survival, and Trample The Weak, Hurdle The Dead.

Despite a few lineup changes during that period, the band remained as brutal and busy as ever. SKINLESS toured the globe extensively in support of these offerings and gathered a growing horde of metal miscreant fans.

After several years of laying low, SKINLESS returned to action with their classic formation in 2013 and added a second guitarist, Dave Matthews, into the mix. A fifth full-length album, and the band’s first in eight years, detonated via Relapse in June 2015. With Only The Ruthless Remain, SKINLESS was stronger than ever with a prime slab of brutal death. Chock full of their signature, skull-crushingly heavy grooves and technical, blasting severity. 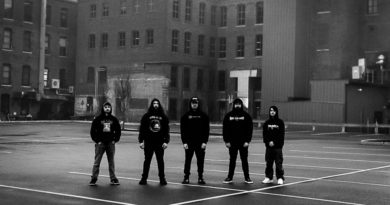 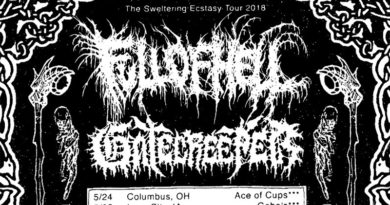