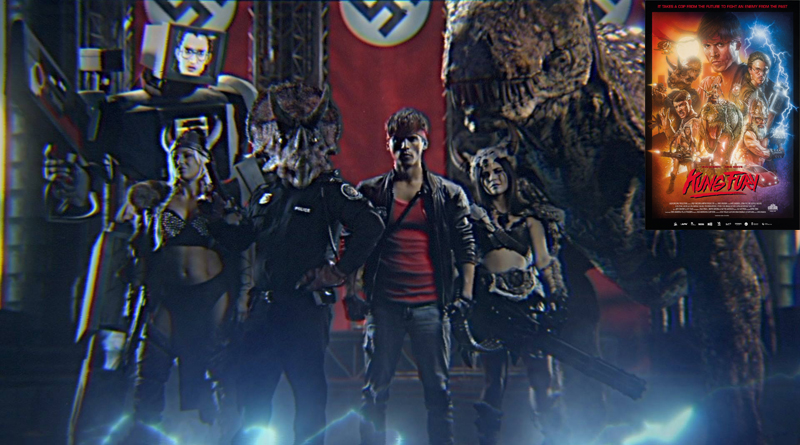 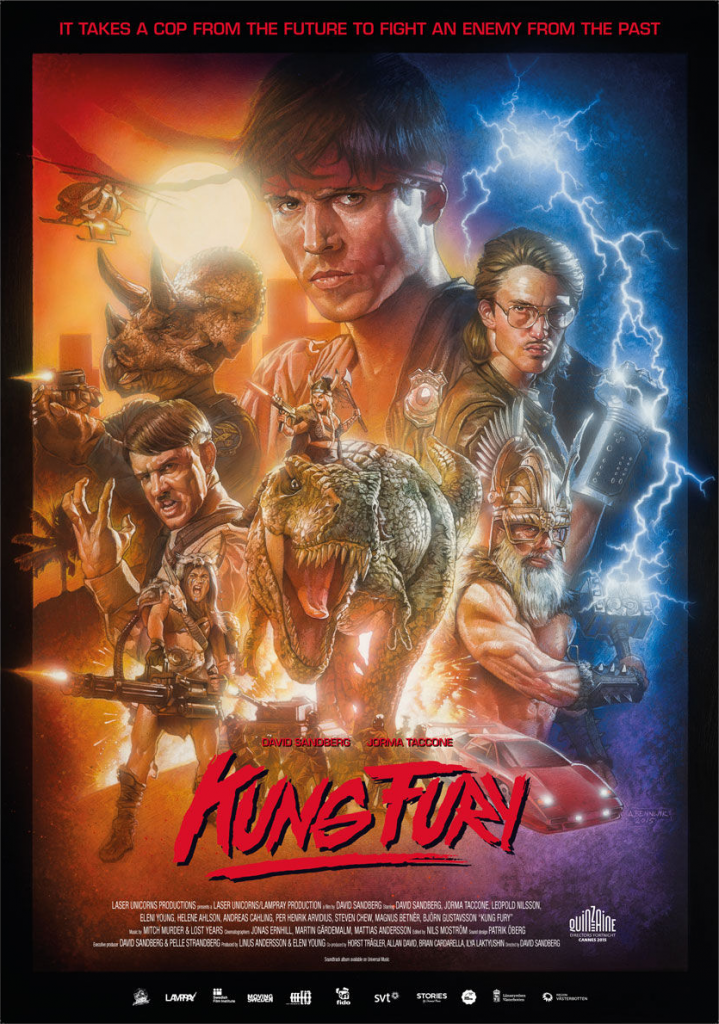 Written and directed by David Sandberg, Kung Fury is an over-the-top 80’s action comedy that was crowd-funded through Kickstarter. The campaign was launched in December 2013 and backed by more than 17,000 people who together gave more than $630,000 to create this epic spoof, originally seeking a mere $200,000.

Miami Police Department detective and martial artist Kung Fury time travels from the 1980s to World War II to kill Adolf Hitler, a.k.a. “Kung Führer”, and revenge his friend’s death at the hands of the Nazi leader. An error in the time machine sends him further back to the Viking Age. Not only does the film feature Nazis, there are uber computer nerds, dinosaurs, voluptuous viking babes, Thor, even David Hasselhoff makes an appearance. Chock-full of corny one-liners, clever jokes, and an amazing soundtrack will have you in tears. Not to mention the graphics are very well done considering all the cheesiness in the film such as mimicking a worn VHS tape. 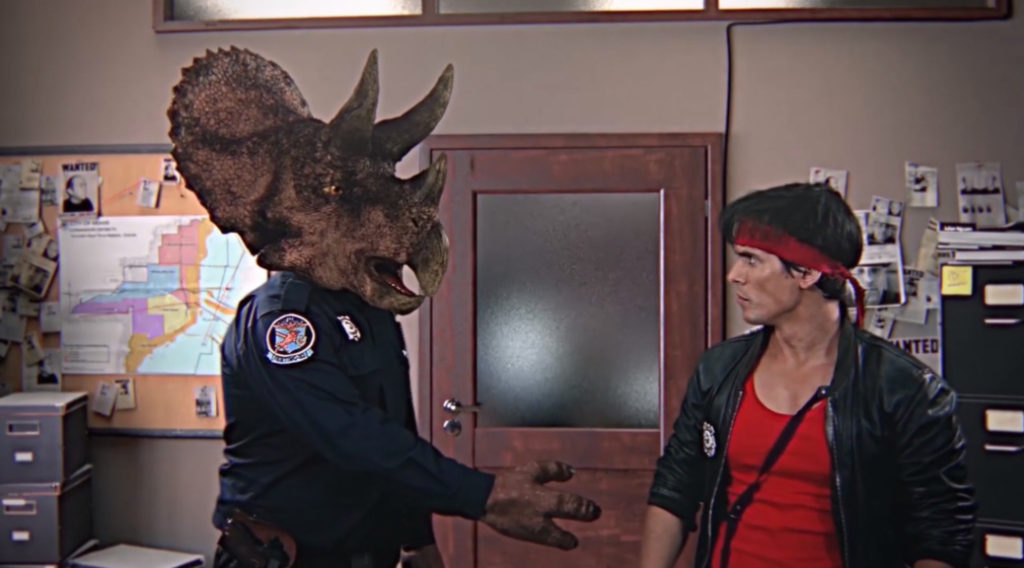