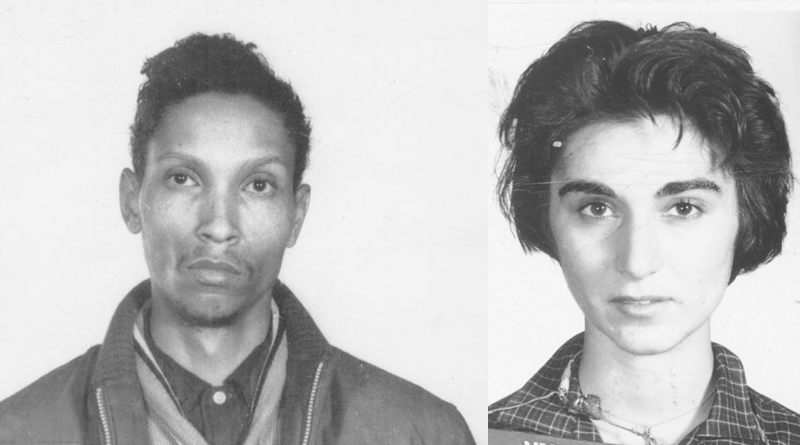 Winston Moseley, who was on of New York state’s longest serving inmates, died on March 28th at age 81. Mostly known for the brutal killing and rape of pub manager Catherine “Kitty” Genovese in 1964. Patrick J. Bailey, a spokesman for the New York State Department of Corrections and Community Supervision, confirmed the death. A medical examiner would determine the cause of death, Mr. Bailey said.

Arriving home a little after 3am on March 13th after her shift at Ev’s Eleventh Hour, a sports bar in Hollis, Queens where she worked as a bar manager, Genovese parked in the lot of the Long Island Rail Road station in Kew Gardens. Her apartment, which she shared with another woman, was roughly 100 feet away from where she parked. Moseley who was driving around looking for his next victim, with the goal of simply killing a woman, followed her to the parking lot at the rear of the building. Following now on foot, Genovese noticed his approach and began running across the parking lot toward the front of the apartment building located at 82-70 Austin Street. He quickly caught up and over took her, stabbing her twice in the back with a hunting knife. Screaming “Oh my God, he stabbed me! Help me!” only one neighbor, identified as Robert Mozer, intervened yelling at Moseley from his window causing him to flee, as only lights illuminated only a handful of the otherwise dark windows. Once Moseley had fled, Genovese made her way, though injured, toward the rear entrance as her apartment’s door was located in an alleyway towards the back.

“I came back because I’d not finished what I set out to do,” Moseley testified.

Later in the investigation, police and prosecutors revealed that approximately a dozen individuals had heard or observed portions of the attacks but took the disturbance as a drunken fight or lovers quarrel. Records of the earliest calls to police are unclear and were not given a high priority by the police. One witness said his father called police after the initial attack and reported that a woman was “beat up, but got up and was staggering around.” Witnesses did come forward saying they saw the attacker enter his car and drive away. He returned only several minutes later after relocating his car further away and changing his hat to better hide his face. Searching the area, Moseley found Genovese bleeding and crying for help in a vestibule at the back of the building, out of view, and proceeded to stab her several more times, raped her, stole what cash she had on her, and left her in the hallway. Wounds to her hands showed that she tried to defend herself.

Still alive, a neighbor named Sophia Farrar left the safety of her apartment to aid in the situation, held Genovese in her arms. Another witness, Karl Ross, had called the police to which they responded immediately, arriving within minutes of Ross’ call. Genovese was taken away by ambulance at 4:15am, passing away before eve making it to the hospital. She was later buried at Lakeview Cemetery in New Canaan, Connecticut in a family grave.

Authorities apprehended Moseley just five days later, getting caught during a burglary. Not only did he confess to the murder of Kitty Genovese, but admitted to the slayings of two other women, Annie Mae Johnson, 24, who had been shot and burned to death in her South Ozone Park apartment in February, and Barbara Kralik, 15, who had been stabbed in her parents’ Springfield Gardens home the previous July. Both women had been sexually assaulted. In further confessions and testimony, he said he had driven around late at night seeking victims, and had killed three women, raped eight and committed 30 or 40 burglaries.

Moseley died at the maximum security Clinton Correctional Facility in Dannemora, N.Y., imprisoned since July 7th, 1964, almost 52 Years. Pleading not guilty by reason of insanity at his own trial in the killing of Ms. Genovese, was found legally sane, convicted of first-degree murder and sentenced to death. At this time, New York employed the electric chair, which was later abolished in 1965 for the most part. In 1967 Moseley won an appeal that reduced his death sentence to life imprisonment on the grounds that the trial court had erred by disallowing evidence of Mr. Moseley’s mental condition at a hearing to determine the severity of his sentence.

The fun did not stop while in prison, in 1968 while at Attica Correctional Facility, Moseley escaped while on a hospital visit after self-inflicting injuries upon himself. Overpowering a guard and taking his firearm, Moseley took hostages at gunpoint and raped a woman, and attempted to kidnap a mother and small child, before being recaptured. He was also part of the 1971 Attica uprising, where 43 people were dead, including correctional officers, civilian employees, and 33 inmates. Moseley also earned a bachelor’s degree in sociology from Niagara University in 1977. Through his imprisonment, he was denied parole 18 times, the last being in 2015 and would have been eligible again in 2017.

At the time of the murder, Moseley, 29, was a soft-spoken father of two and husband living in South Ozone Park in Queens with no criminal record, operating business machines while his second wife Elizabeth Grant worked the night-shift as a nurse. His mother lived with them at their home and helped care for the children, which authorities said facilitated his late night nefarious activities. One would doubt he was a psychopathic killer with necrophilia tendencies.