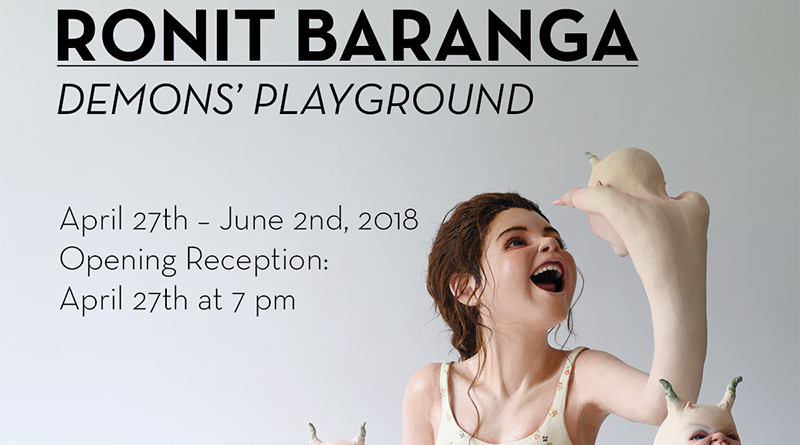 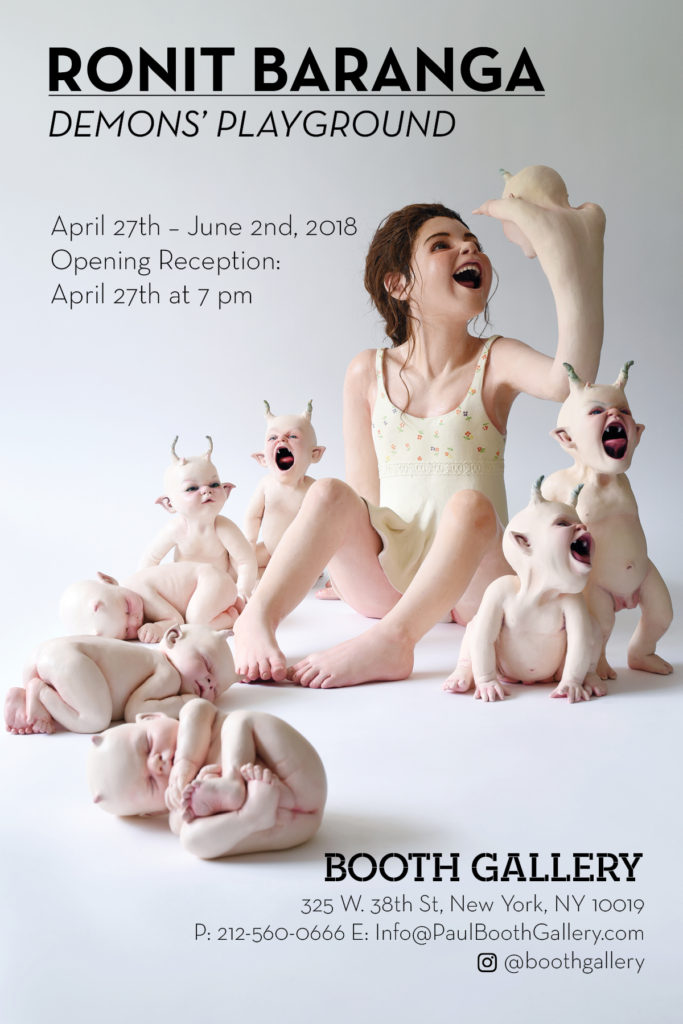 Paul Booth Gallery is excited to welcome back Israeli sculptor, Ronit Baranga for her second solo exhibition, Demons’ Playground on view from April 27 – June 2, 2018 with an opening reception to the public on April 27, 2018 from 6-9pm.

As a sculpture and ceramic artist, Ronit Baranga continues to push the line between living and still in this new exhibition by exploring the untamed facets of her imagination. She references a legacy of traditional techniques of sculpting, firing and glazing to transform her works from mere vessels into animated human forms. The exhibition features 30 new works and serves as somewhat of a departure from her previous exhibition in 2017 comprised only of dishware. Ronit moves further into the figure with fully realized and realistic human forms seen in works like “Spider Climbed Up” and “Hollowed Lady 1 & 2.” These works which are mounted directly to the wall include a combination of the dishware and the human element both interacting with each other.

At first glance, Ronit’s newest installations have an innocent quality to them but upon further inspection, a stranger sense of anxiety creeps in and visions of an innocent childhood give way to darker internal forces. The centerpiece of the exhibition “Projection” depicts an adolescent girl almost reminiscent of Thérèse Dreaming (1938 Balthus) but rather the subject lucid, it’s reimagined as she is confronted by her demons internally and externally. She laughs in total madness as her arm is transformed into a demon, locked in a trance they are both casting their self-perception on themselves in an endless circle of fear and self-awareness. 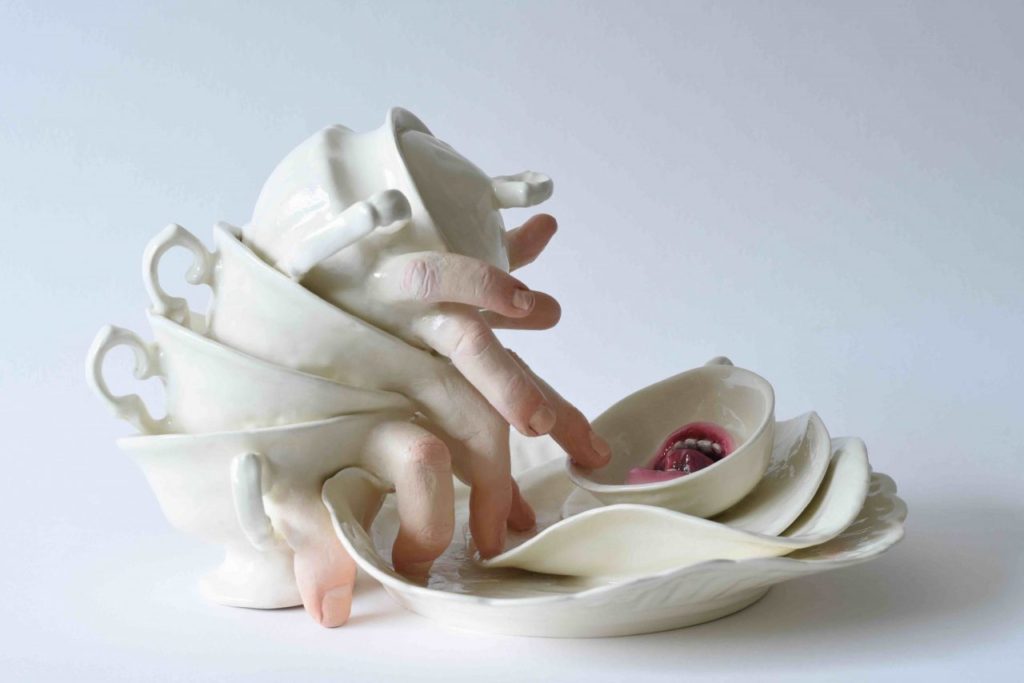 The dishware with sourced forms and patterns from commercially banal Wedgewood to the aristocrat 17th Century Blue and White Pottery are birthing with human-like forms as they reach out to one another with implied movement and free will. “Wild Things”, “Whispering to Myself” and “Hybrid Tea Set” series, comprised of 17 individual works, provide a flow through the exhibition as they exist untethered and scattered throughout the gallery. Some are delicately placed on the edge of pedestals whilst others are mounted to the wall as though the entire China cabinet has come alive.

Ronit Baranga is an award-winning contemporary sculptor living and working in Israel. Her works have been displayed in museums and galleries around the globe and are a part of many notable museum and private collections. Ronit holds three degrees; B.A. in Psychology and Hebrew Literature, Haifa University, Art History, Tel-Aviv University, Practical Arts Studies, Bet-Berl College, The Art School (‘HaMidrasha’.) Demons’ Playground is Baranga’s second US solo exhibition with Booth Gallery and her 5th Solo exhibition worldwide.