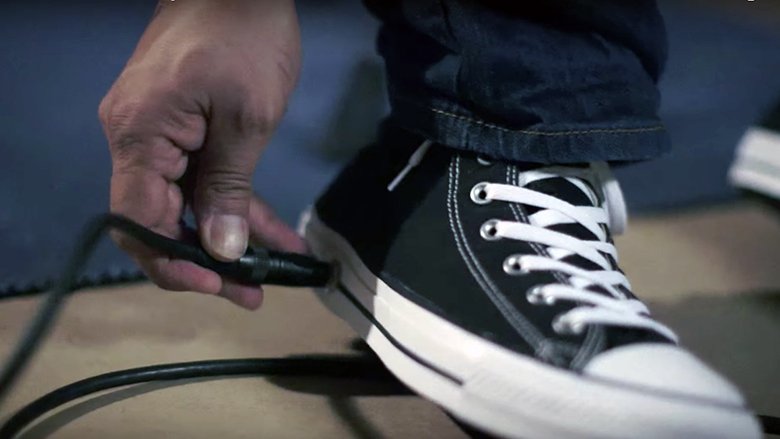 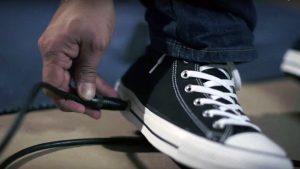 Introducing the Converse All Wah. The latest Converse Chuck Hack and first ever fully functional wah-wah pedal in a sneaker, officially road tested by J Mascis of Dinosaur Jr.

The All Wah was born three years ago during Converse’s Chuck Hack sessions, where Critical Mass presented the first prototype of a Chuck Taylor with a built in wah pedal.

Fast-forward to 2016 with development from leading fashion and wearable technology experts CuteCircuit, the All Wah brings a new level of freedom to guitar playing, with the sole of the All Star transforming foot movement into Wah modulation, using cutting-edge micro- technology.

The sneakers have Bluetooth support and can be connected to wireless amps or even Apple devices such as the iPhone and Mac computer.

Converse has not yet announced a release date for the All Wahs, or how much they will cost.