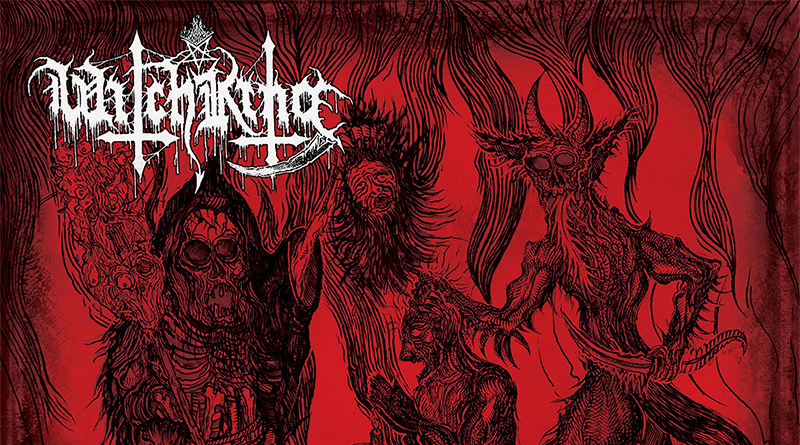 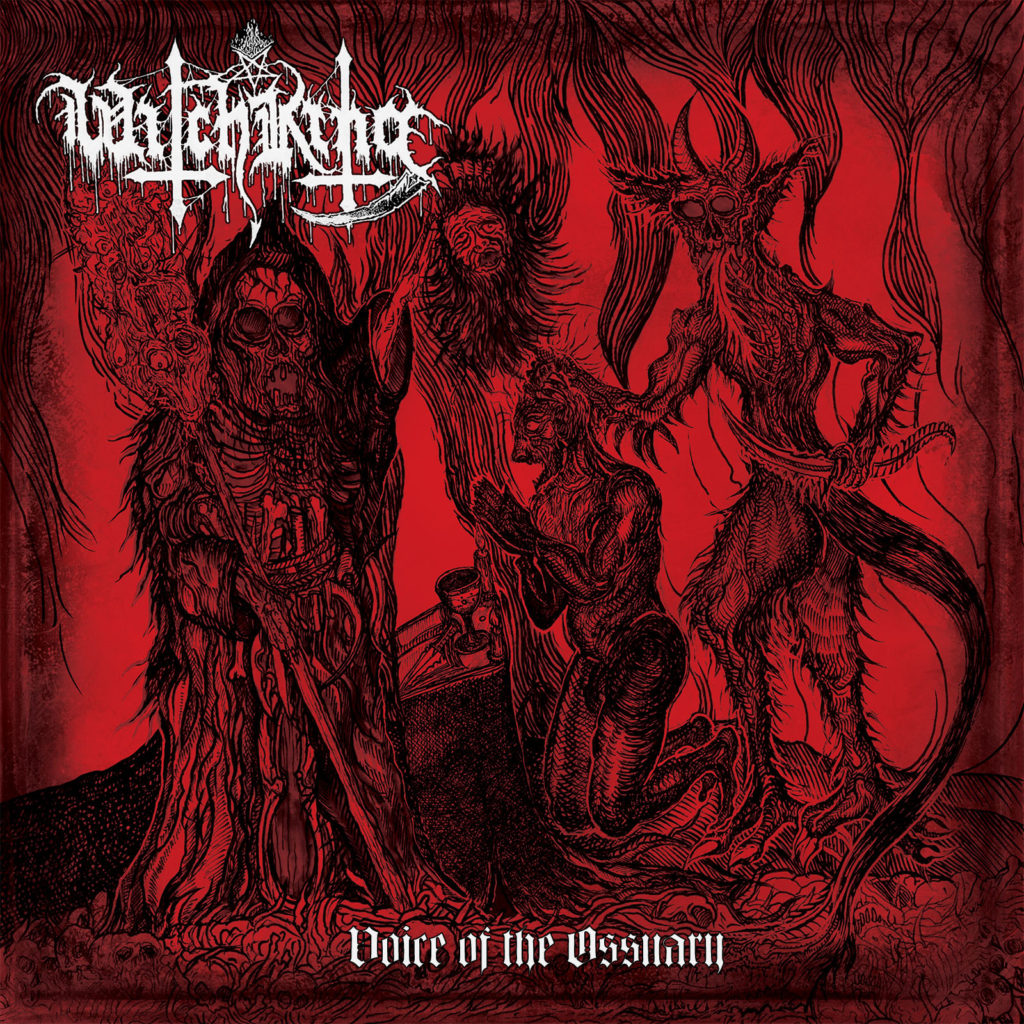 Hailing from Rhode Island, WITCH KING have been a prolific force in the American black/death underground. Since 2008, this power-trio have been patiently perfect their craft over a slew of demos, an EP, and a split album with the considerable likes of Bestial Mockery, Obeisance, and Manticore. The WITCH KING aesthetic has been firm from the beginning, but with Voice of the Ossuary, they take it to the darkest and most disgusting depths.

Wasting no time whatsoever – no ceremony, no hope, no fun – WITCH KING blast into Voice of the Ossuary with primeval abandon. Theirs is an ancient sound, bucking nowadays trends, and returning to the foul recesses of classic blackgrind, informed by early Blood, Archgoat, Naked Whipper, and of course, the almighty Blasphemy. But whereas so much parallel “bestial metal” crams in non-sequitur riffs and transitions – or simply forgets them altogether, just plowing through one riff monochromatically – WITCH KING actually possess songwriting, and unfurl one flowing fountain of filth after another. These songs gnaw at your very being, but they remain in the subconscious long after play has commenced. And that’s not to mention the pure physicality of Voice of the Ossuary: all muscle, no fat, total 3D crush. 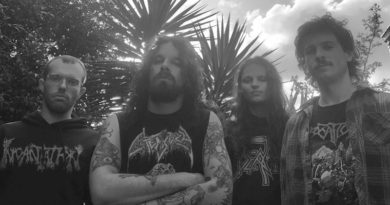