The Future of Death, the second album by Primitive Weapons, is now available on Party Smasher Inc., the new label founded by Ben Weinman of The Dillinger Escape Plan.

PRIMITIVE WEAPONS‘ mix of teeth-gnashing aggression and grand, haunting melodies sets the band in line with post-hardcore greats like Refused and Quicksand – guitarist Arthur Shepherd was a member of that scene as a younger man in the ’90s, playing in bands like Mind Over Matter, Errortype:11, World’s Fastest Car (with Quicksand’s Walter Schreifels) and Instruction (with Quicksand’s Tom Capone). Like its forebears, PRIMITIVE WEAPONS layers metal, hardcore, post-punk, and classic rock elements into its own futuristic sound.

The Future of Death was recorded and mixed by Dean Baltulonis (Madball, Modern Life Is War) at The Wild Arctic, and mastered by Dave Gardner (Black Lips, Rocket from the Crypt) at Magneto Mastering.

Shepherd and vocalist David Castillo are co-owners of Saint Vitus Bar in Brooklyn – which celebrates its 5th anniversary this year. 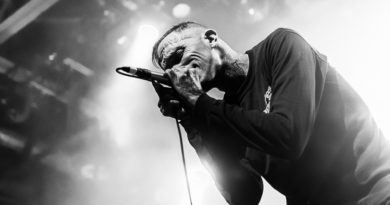 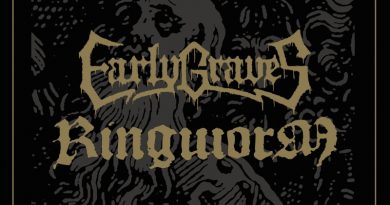 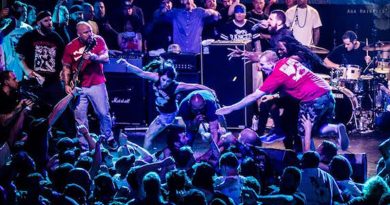