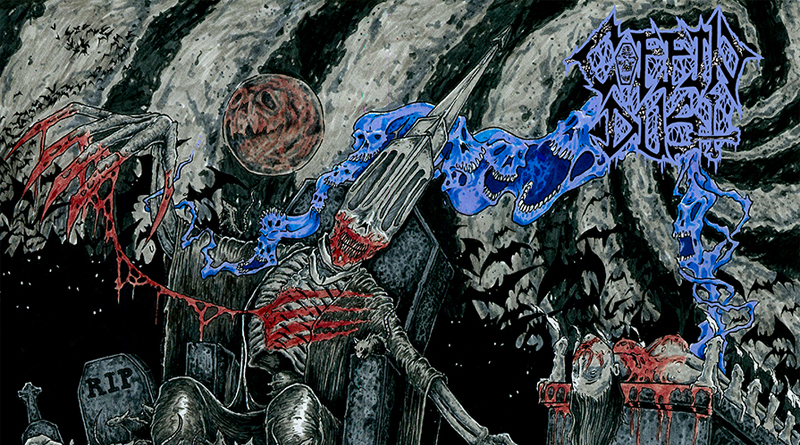 Philadelphia-based death thrash grave robbers, COFFIN DUST, which features within its repugnant ranks former Exhumed bassist Matt Slime (who is also a talented illustrator taking part in our VILE exhibit), will unleash their Everything Is Dead full-length via Unholy Anarchy Records May 6th.

Recorded and mastered by Ryan Reed at Creep Records Recording Studio in Philadelphia, Pennsylvania, Everything Is Dead offers up seven tracks of audio deviance including a cover of Slayer’s “Metal Storm/Face The Slayer.”

COFFIN DUST was forged in in 2008 with founding members Slime (ex-Exhumed) and drummer Danny Disgustor conjuring a concept of death thrash with injections of other influences. By late 2010 the band’s first recorded release would come in the form of a crushing split with fellow Philly miscreants Cape Of Bats titled Unimaginable Horror (Grim Winds). Over the next few years, COFFIN DUST released three EPs, and finally unleashed their long awaited debut full-length, This Cemetery, My Kingdom in 2014 via Unholy Anarchy Records.

Trudging through a plethora of lineup changes and hardships, COFFIN DUST has emerged out of the depths of The City Of Brotherly Love once again with their finest work to date in Everything Is Dead. Expect haunting and viscous sounds that will leave you trapped in your worst nightmares!

In related news, COFFIN DUST will spread their filth live on the upcoming dates with additional infiltrations to be announced soon. 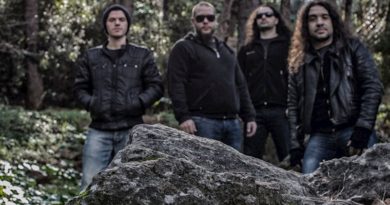 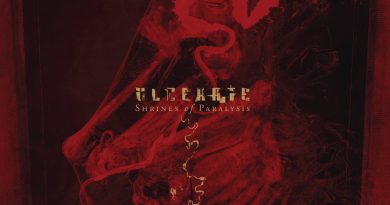