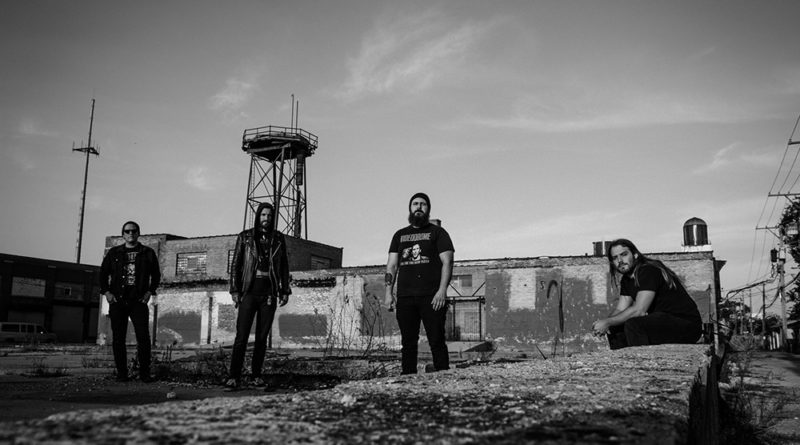 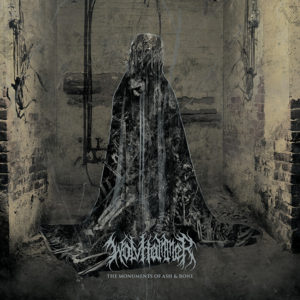 Chicago/Minneapolis-based quintet WOLVHAMMER has completed their fourth album, The Monuments Of Ash & Bone, for release in early May through Blood Music.

While things have seemed quiet for WOLVHAMMER in recent years, the band has been hard at work behind the scenes and are now set to strike. Four years since the Profound Lore release of Clawing Into Black Sun – which was supported by tours with the likes of Shining, 1349, Origin, Taake, Revenge, and Young And In The Way – 2018 looms heavy with the vengeful return of WOLVHAMMER. Brandishing a revamped lineup, the imminent release of their fourth full length album, The Monuments Of Ash & Bone, is on the horizon with new label partner, Blood Music.

With the current rapid rise in quality USBM, WOLVHAMMER races to the forefront with their upcoming fourth album which sees them merging the black metal tendencies of Enslaved with the mid-tempo sludge of Celtic Frost. Far removed from the methodical riffing and trudging pace of their previous record, and eschewing any frills, The Monuments Of Ash & Bone delivers nearly forty-two minutes of savagery through seven new songs. The album kicks the tempo into high gear and goes straight for the throat on tracks such as “Eternal Rotting Misery” and “Law Of The Rope.” No experimental bullshit, just the sound of rotten flesh and slow decay.

The Monuments Of Ash & Bone was recorded and mixed by Jarrett Pritchard (Goatwhore, Exhumed) at his own New Constellation Studios in Orlando, Florida, and mastered by Ken Sorceron (Abigail Williams, The Faceless) – both of whom provide additional guitar tracks to the album – and completed with artwork by Brian Sheehan.

Blood Music will release The Monuments Of Ash & Bone on CD, LP, and digital formats on May 4th.

Although there has been a four-year break between full lengths, the musical core of WOLVHAMMER has remained active, with guitarist Jeff Wilson writing and recording various projects, as well as being one half of the atmospheric black metal band Abigail Williams, and vocalist Adam Clemans being tapped as the new front man for Skeletonwitch. Adding John Porada (Terminate) on guitar in 2016, the new line up was filled out with Garry Naples (Novembers Doom) and Andrew Gerrity (Doomsday) before hitting the studio in the summer of 2017. 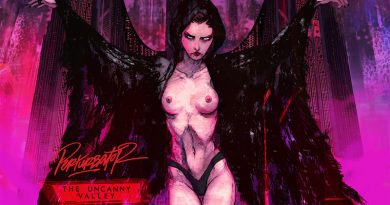 May 5, 2016 Matt Darcy Comments Off on Stream: ‘The Uncanny Valley’ from Darkwave Maestro PERTURBATOR