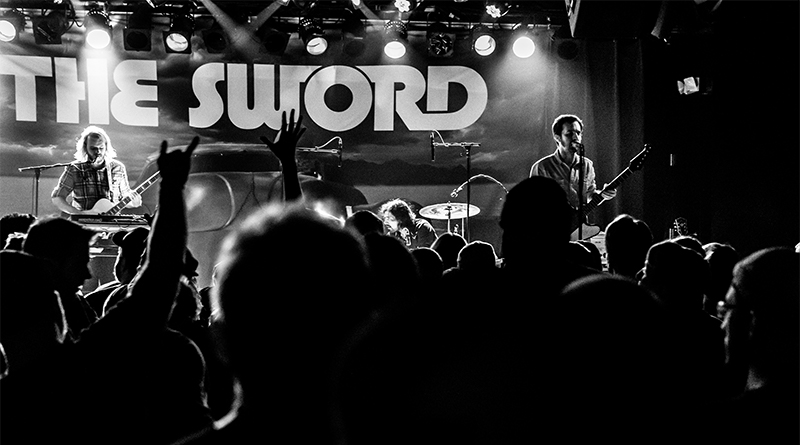 Texas rock and roll collective THE SWORD hit Boston a few nights back touring in support of their new album, Used Future. Check out the live shots from The Paradise on May 8th. THE SWORD’s sixth album shows them pushing further in the direction set forth on High Country (2015 – Razor & Tie), digging even deeper into an anthemic, grooving, classic rock style. With tight rhythms, big riffs, and crooning hooks, musically and lyrically Used Future is their most mature and masterful effort to date. Grab Used Future here along with cool threads and other stuff.

With a name as absurdly iconic as THE SWORD, it’s easy to see why this band might be held up to some subjective and unrealistic ideals. Icons are fixed representations after all. Eternal and unchanging. And in this case, the intended symbolism at one time seemed obvious. How could any band with such a name, who storms onto the scene with a debut like 2006’s instant classic Age of Winters and its 2008 follow-up Gods of the Earth, not be ready-made champions of all things heavy metal? Yet it is important to remember that a sword can take many forms and symbolize many things. Used throughout human history by civilizations all over the world as a weapon and a symbol, it has no singular archetypal aspect, but is rather a continuum of evolving incarnations.

After the astonishing success of their first two self-produced albums, their ambitious 2010 sci-fi rock opera Warp Riders, produced by Matt Bayles (Mastodon, Minus the Bear), saw the band exploring new conceptual territory and injecting their relentless riffing with growing doses of hard rock swagger. These trends continued on 2012’s Apocryphon, produced by J. Robbins (Clutch, Texas Is The Reason). Their first release on Razor & Tie, as well as the first with drummer Santiago Vela III, Apocryphon debuted at #17 on Billboard’s Top 200 to critical acclaim. However, after years of maintaining a rigorous touring schedule and strict two-year album cycles, the band’s creative fires were burning dangerously low.

Feeling the need to explore new territory both figuratively and literally, THE SWORD’s founder and primary songwriter, John Cronise, relocated from the band’s home base of Austin, Texas to Western North Carolina in early 2012. Somewhere deep in the mountains he managed to find the inspiration he sought, which ultimately led to the creation of the band’s fifth album, High Country, produced by Adrian Quesada (Grupo Fantasma, Golden Dawn Arkestra) and released by Razor & Tie in 2015. An obvious departure from its predecessors, High Country, as well as its 2016 “acoustic” companion album, Low Country, heralded a new era for THE SWORD. The low-tuned guitars and aggressive bombast of the early albums were gone, tempered by focused, compelling songwriting and tasteful, expert musicianship. 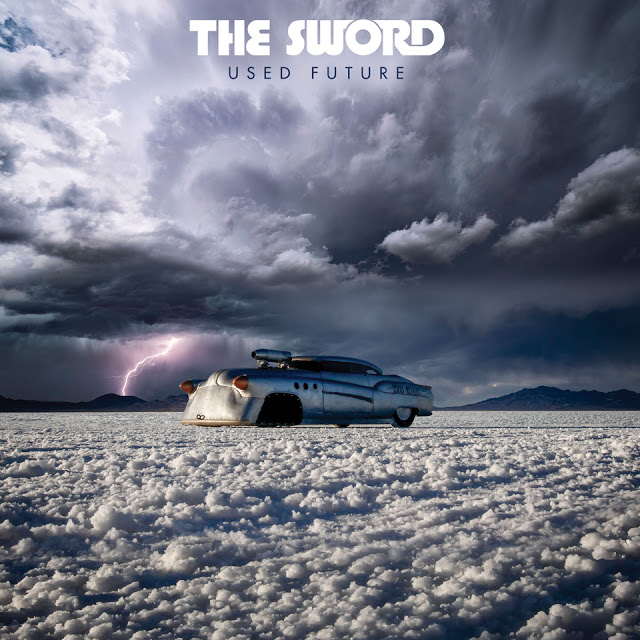 Used Future hearkens to the classic works of Led Zeppelin, Pink Floyd, and Tom Petty, among others, yet is as relevant to our current era as those artists were to theirs. The recording boasts a powerful, raw, yet refined sound, thanks to Martine and and mastering engineer Brian Lucey (The Black Keys, Ghost). This sonic aesthetic can be heard on the album’s lead single, “Deadly Nightshade.”